Caledonia Press is an independent publisher operating out of Los Angeles, California. Known for its most prominent imprint, Switchblade Magazine.

Caledonia was the old world name for Scotland, given by the Roman Empire. A name that represents Emperor Hadrian's failed attempt at creating a Roman state through military intervention. We at Caledonia Press view Hadrian’s Wall (designed to keep the Barbarians out) as a metaphor for the New York Five. Traditional publishing  could never completely eliminate or assimilate we of the free press; or keep us off of the shelves, or away from the printing press. The five families of traditional publishing are no longer in a position to demand tribute. The barbarians are at the gate. 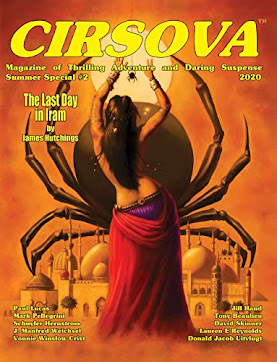 Cirsova Publishing has been operating as an independent publisher of adventure science fiction and fantasy since 2016. Growing out of the OSR blogging community and research into Appendix N fiction, Cirsova aimed to bring the thrilling excitement of the classic stories that inspired Dungeons & Dragons to a new audience and give a home for the stories of authors writing action-driven SFF. Cirsova's flagship publication is Cirsova Magazine. Additionally, Cirsova Publishing is the publisher for Michael Tierney's Wild Stars and Jim Breyfogle's Mongoose and Meerkat.
http://cirsova.wordpress.com 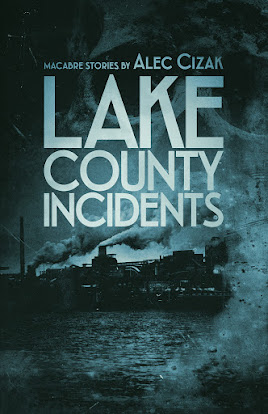 Alec Cizak is a writer and filmmaker from Indiana. His short stories have appeared in numerous journals and anthologies. His books Lake County Incidents, Breaking Glass, and Down on the Street are currently available from ABC Group Documentation. In 2021, ABC will publish his novel Cool It Down. Cizak is also the founding and chief editor of the fiction digest PULP MODERN.

CLOSE TO THE BONE 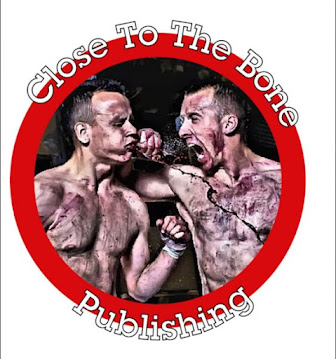 Close To The Bone Publishing has been operating out of a 3 bedroom semi-detached house in Rugby, Warwickshire, UK for the past 9 years. With over 50 publications published for authors from all corners of the globe, we aim to bring opportunity to those whom Literary Agents wouldn’t batter an eyelid. We aim to support the underdogs, the independents and those who just love to write. We support fiction, poetry, non-fiction and have recently disentangled ourselves from the shackles of Crime Noir Fiction to embrace all genres. We have a website dedicated to short fiction and poetry – it’s just a trick of the light away. 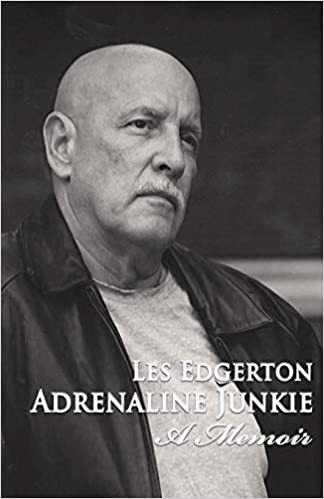 Les Edgerton is an ex-con, matriculating at Pendleton Reformatory in the sixties for
burglary (plea-bargained down from multiple counts of burglary, armed robbery, strong-armed robbery and possession with intent). He was an outlaw for many years and was involved in shootouts, knifings, robberies, high-speed car chases, dealt and used drugs, was a pimp, worked for an escort service, starred in porn movies, was a gambler, served four years in the Navy, and had other misadventures. He’s since taken a vow of poverty (became a writer) with 21 books in print. Work of his has been nominated for or won: the Pushcart Prize, O. Henry Award, Edgar Allan Poe Award (short story category), Derringer Award, PEN/Faulkner Award, Jesse Jones Book Award, Spinetingler Magazine Award for Best Novel (Legends category), and the Violet Crown Book Award, among others. Screenplays of his have placed as a semifinalist in the Nicholl’s and as a finalist in the Best of Austin and Writer’s Guild’s competitions. He holds a B.A. from I.U. and the MFA in Writing from Vermont College. He was the writer-in-residence for three years at the University of Toledo, for one year at Trine University, and taught writing classes for UCLA, St. Francis University, Phoenix College, Writer’s Digest, Vermont College, the New York Writer’s Workshop and other places. He currently teaches a private novel-writing class online.
STEPHEN J. GOLDS 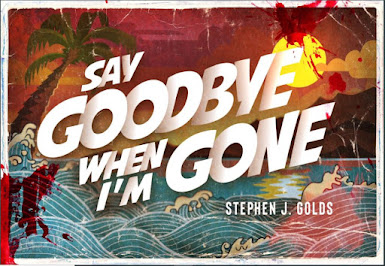 Stephen J. Golds was born in London, U.K, but has lived in Japan for most of his adult life. He enjoys spending time with his daughters, reading books, traveling, boxing and listening to old Soul LPs. His novel Say Goodbye When I’m Gone will be released by Red Dog Press in October 2020 and another novel, Always the Dead, will be released by Close to The Bone Press January 2021.

Paul Greenberg’s stories have been featured in a number of crime and noir fiction web sites; The Flash Fiction Offensive/Out of the Gutter, Shotgun Honey, Near to the Knuckle and Horror Sleaze Trash to name a few. His story, "Next Stop, Hell" was included in Issue #2 of Switchblade. It’s also included in Paul’s first book of short stories and flash fiction, "Dead Guy in the Bathtub".
HOOSIER NOIR HOOSIER NOIR is the low-rent home of gritty Indiana Crime fiction. Our debut issues featured indie crime heavyweights: Alec Cizak, Les Edgerton, Preston Lang, and more. That was just the beginning. We aren't going anywhere.
J. Travis Grundon has served as co-editor and contributing author on Forrest J Ackerman's Anthology of the Living Dead and Hoosier Noir. His other work includes two years as an editor and columnist for Rudo Can't Fail: Lucha Libre and Lucha Culture Worldwide and reviews for Life Along The Wabash. He lives in Indiana. 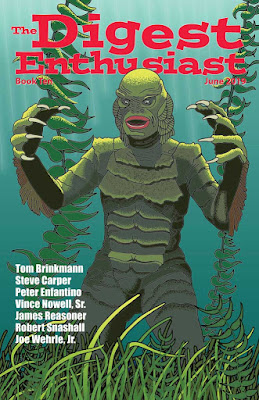 Larque Press is responsible for the outstanding DIGEST ENTHUSIAST, a print journal focusing on non-fiction articles about print digests of the past. The digest also publishes new fiction. It is the brainchild of Richard Krauss. Larque Press also co-publishes PULP MODERN with IFA member Uncle B. Publications.

Andrew Miller is a crime fiction author, screenwriter, and essayist. His stories have appeared in Switchblade, Broadswords and Blasters, Mysterical-E, and on Medium.com. His film work includes the music documentary Soul Of Lincoln Heights. He lives in Los Angeles with his girlfriend Genevieve and their two cats, John Wayne and Calamity Jane. 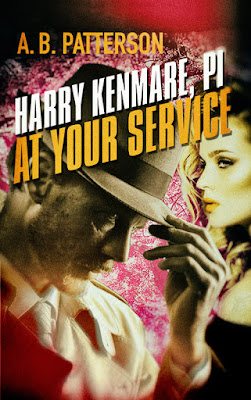 A. B. Patterson is an Australian writer who knows first-hand about corruption, power, crime and sex. He was a Detective Sergeant in the WA Police, working in paedophilia and vice, and later a Chief Investigator with the NSW Independent Commission Against Corruption.

His Harry Kenmare short stories, some previously published in the USA in Switchblade magazine, are gathered together here for the first time.

His hard-boiled, gritty, and noir writing style has been likened to that of Raymond Chandler and Ken Bruen.

He makes no apologies for telling it how it is. 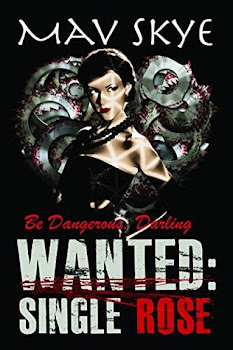 Mav Skye is the narrator, host and producer of Dark Softly Tales podcast. She is the author of over twenty books, a hundred published short stories, and a single audio book. When Mav isn’t plotting world takeover, she’s snuggling with her sugar glider, Spooky, and trying to explain cannibalism to her (wanna be) house duck, Rainy Day, and why  it isn’t proper to hunt birds with the cats. She is part of the Braving Shame movement and believes beauty lies in our imperfections. www.darksoftlytales.com
COPPER SMITH

Copper Smith is a writer of fiction whose work has been featured in Shotgun Honey, Spelk Fiction, Beat to a Pulp, Near to the Knuckle and Tales to Terrify among other places. His post-apocalyptic noir novel Return to the Ruins will be released in April. 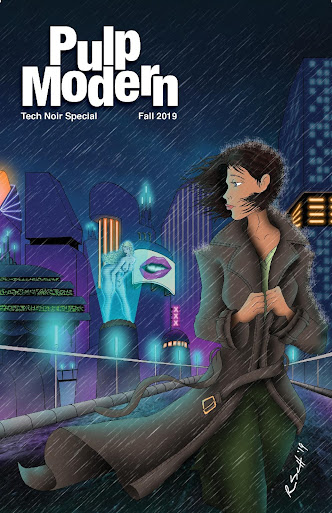 Uncle B. Publications has published its flagship fiction digest, Pulp Modern, since 2011. Pulp Modern publishes fiction in multiple genres, including Horror, Crime, Science Fiction, Fantasy, and Western. Uncle B. Publications recently began an online site called Pulp Modern Flash, in which multi-genre flash fiction is spotlighted. In the coming months, Uncle B. Publications will begin branching out in the world of stand-alone book publication, including a two-volume set of the collected Drifter Detective novellas and short stories as well as an anthology based on the classic Johnny Cash record Now There Was A Song! 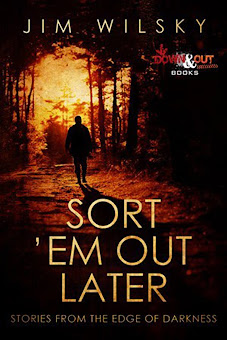 Jim Wilsky is a crime fiction writer. He is the co-author of the four book Ania series; Blood on Blood, Queen of Diamonds, Closing the Circle and Harbinger. He also has a published short story collection titled Sort’em Out Later. His short story work totals over fifty that have been published in a wide variety of recognized online and print magazines. He has also contributed stories to published anthologies, including; A Grifter’s Song, All Due Respect, Kwik Krimes, Both Barrels and The Odds Are Against Us. Jim resides in the great state of Texas and is supported by a patient family. He is thankful for and inspired by the valued relationships he has formed down through the years in the writing community.